“The words ‘links’ and ‘connections’ spring to mind on viewing David Williams’ work. These are objects which physically abound with the linking devices of rivets, springs, screws and chains: manifestations of the mind of a polymath that make the connection between the disparate disciplines of art and mechanical engineering; and demonstrate the interconnectedness and indivisibilty of the whole of culture past and present. 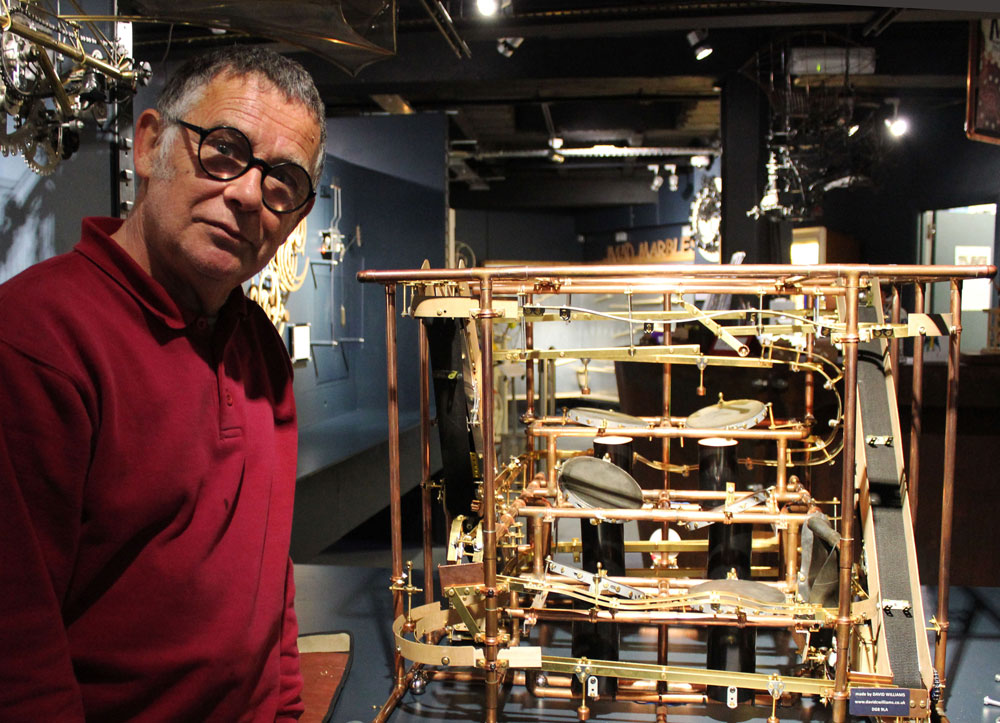 The divisions which have separated and compartmentalised this culture are man-made. The rift between ‘Art’ and ‘Design’ coincided with the elitism of the Art Academies, who privileged intellect above making. Yet when the British Royal Academy was in its infancy, Science and Technology were taking quantum leaps. The early nineteenth century witnessed the designs and discoveries of some of David Williams’ heroes: Faraday, Stephenson, Trevethick – men unaware of that artificial division between Science, Engineering and Art. Farady’s mentor, Humphrey Davey, wrote poetry; the poet Shelley studied science at university – his ‘Prometheus Unbound’ has electricity as its subject. 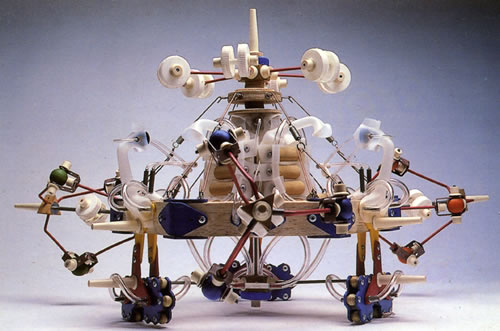 We could go further back in time to the Renaissance for examples of polymathic ways of thinking and seeing. Was Leonardo, the paradigmatic Renaissance man, an engineer first and foremost or an artist? Looking at David Williams’ drawings in space of a tap, a light switch, a cigarette lighter, reminds us that the simplified volumes of costume and figure produced by Uccello and Piero della Francesca were aimed at the mathematical vision of the Florentine merchants who were trained in the art of gauging volume. 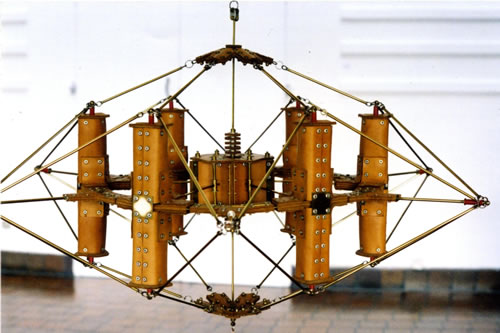 Nowadays it seems the Renaissance world view is lost. Increasing specialisation has resulted in an ethos of separation and of compartmentalisation in both art and manufacture. David Williams spans the gulf between those worlds. His ‘Time Machine’ takes the viewer on a gravity-defying flight. Thought rushes along trajectories which intersect, producing the pleasure of connections. An engineer would delight in the skill of making so evident in these sculptures; the aesthetician in the interplay of surface, pattern, volume and space. They allow a multiplicity of viewing positions, enabling us to make the necessary links between many systems which control us and through which we exert control, imposing culture on nature. Thus the balancing act of ‘Levitator’ becomes a metaphor for today’s world: a world whose parts are held in tension springs which could so easily fall apart; a world which needs to balance itself, to drop a plumbline to earth in order that we might defy gravity and soar.”

Written by Dr J Bland of the Open University