A bit about me

My personal background and history has its foundation in technology and machine logic, coupled with a symbiotic, often paradoxical, concern with the perceived disparate disciplines of Art and Science. Themes are manifest in terms of a relationship between the organic/inorganic, the artificial/natural and the real/virtual. The work may be construed as empiric prototypes to describe or extend a consciousness of time in a numinous, personal way. The concept of interval as a lapse in time, or as a practical division in terms of proportion, is inherent in my output.

A considerable element of process goes into my practice, particularly with reference to installations. The templates, jigs and instruments required in the production of the work have an importance in their own right. They record the nodal thinking punctuations as the work develops.

I use drawing not only to illustrate but also as means to discuss, externalise and examine an idea. A graphic link may be extended to the drawing engines (Cartoon Time). Instigated by drawing, the time base elucidated by these machines, using the geometry of mechanical logic, produces images pertinent to the inherent ratios and anachronisms within the structure. The end result, however, may be considered to be organic.

My sources and influences are many and varied, notwithstanding the landscape itself. The researches of Professor Eric Laithwaite, the surveys of Professor Alexander Thom and the spatial extrapolations of Keith Kritchlow are profoundly stimulating, as are the scientific, alchemical and metaphysical speculations of Ctebibius, Paracellsus, Alhazad and the ‘magnetic flux’ experiments of Faraday.

Thus my work is constructed from materials such as copper, brass and leather and organic compounds, as utilised by early scientists. Numerical measurement is dispensed with; instead, the execution and construction is governed by geometric proportion and affiliated division. Each statement involves a system only pertinent and definitive to itself. However, the archaic ratios between the microcosm and the macrocosm, which have been the fundus of a lifetime of research, will always inform the work.

The output, in whatever form, as always, will be underpinned and discussed with drawing.

It will always be an intuitive adventure. 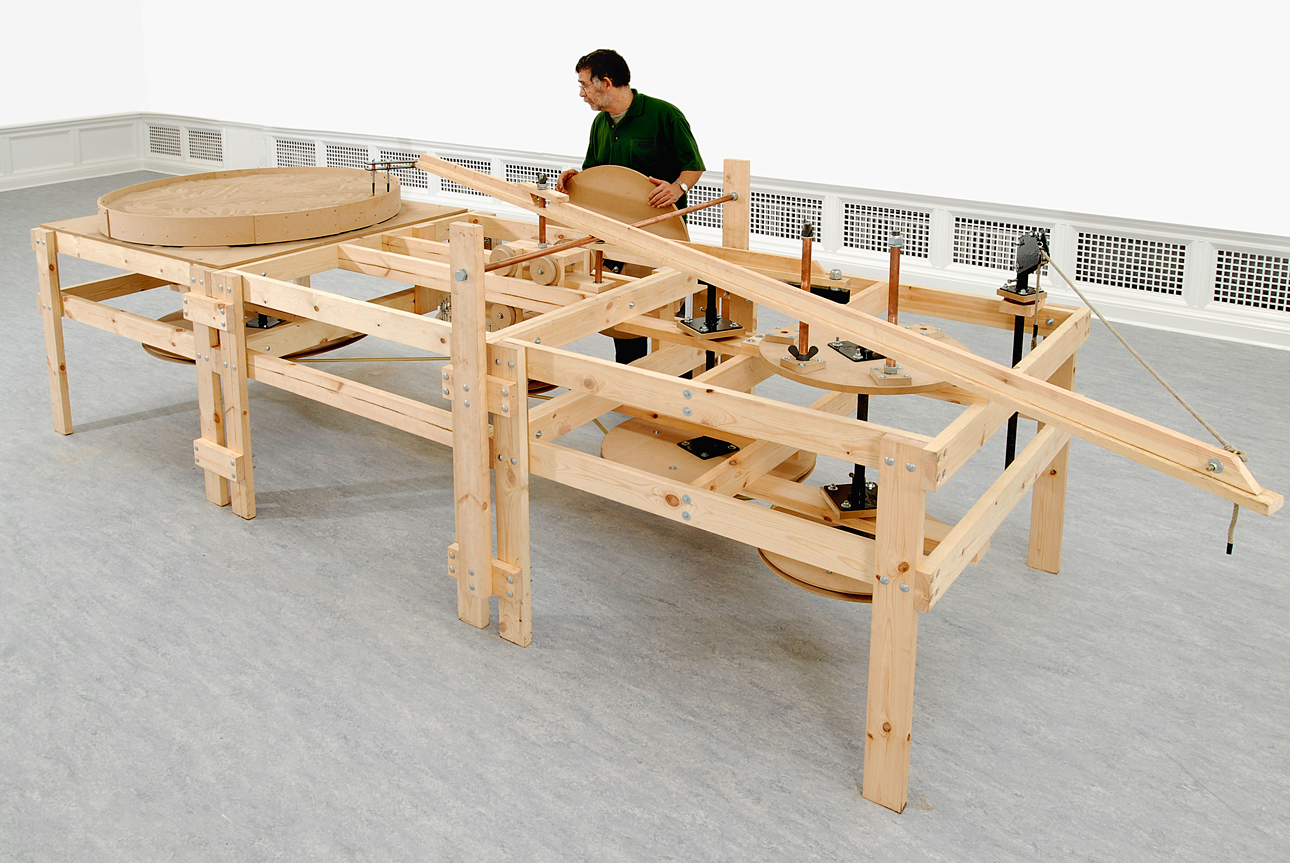 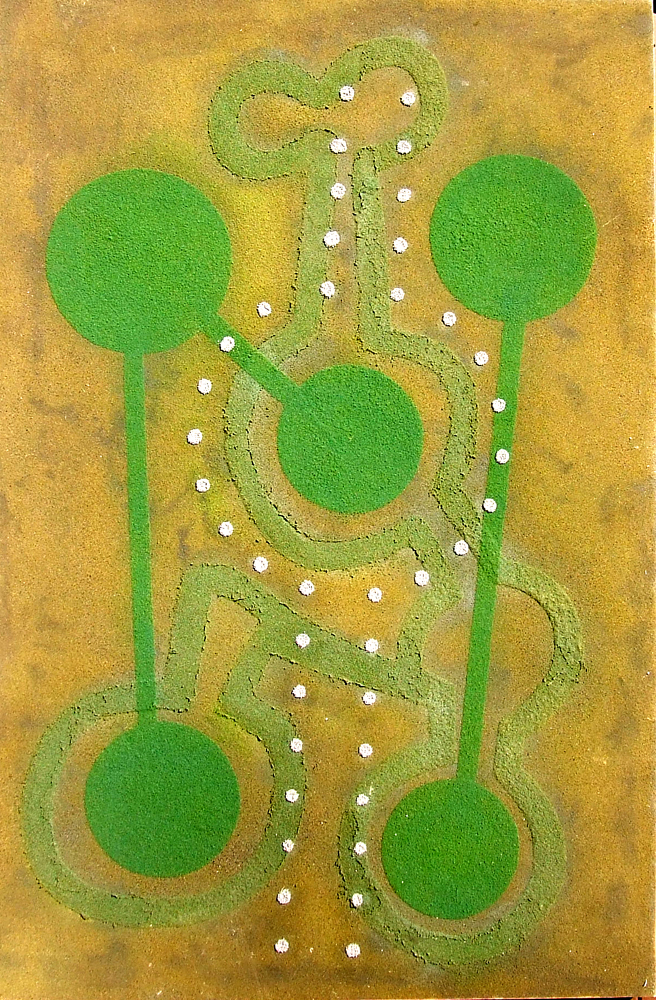